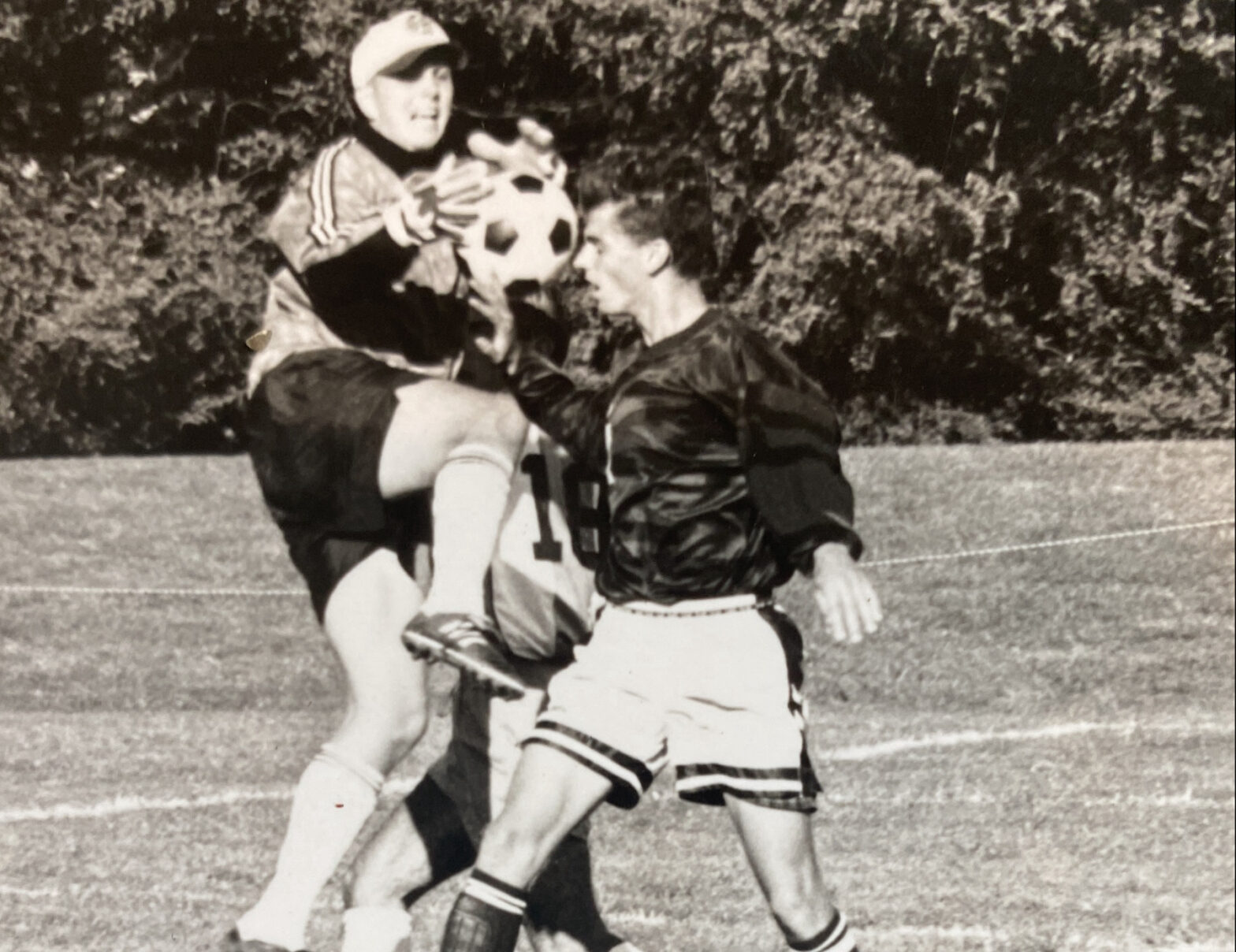 When I was three years old, I was given my first soccer ball by the coach of the College of New Jersey, Rick Dell. It was one of my earliest childhood memories, and I recall how natural it felt. From then on, soccer was my passion. I started in youth soccer in NJ, played high school ball for 4 years, went on to play in college and then club soccer as an adult.  From high school on I was a goalkeeper.  The farthest thing from my mind in those 20+ years was how this would prepare me for a life in business, but as I look back, I learned a few lessons on the field that shaped how I lead in business today.  Here are my top 5:

1. Leverage the Vision & Perspective Your Position Affords You to the Fullest – Most observers of the game see the goalkeeper as the last line of defense – the one person that can use their hands, who’s one job is to keep the ball out of the back of the net. While certainly unique, the truth is that in an average game a goalkeeper may use their hands maybe 10 times which translates to roughly 2-minutes of touches on the ball.  So how do they provide value during the other 88 minutes?  A goalkeeper’s position on the field provides a unique perspective of the game.  With a 180 degree view of the field (“pitch” for my European friends), including 21 other players, they can see plays materialize and develop in ways that your other 10 teammates may not be able to recognize as quickly.  Just like a business leader who has a broader view of their business and its many moving parts, they both the luxury of being removed from the 95% of the skirmishes that happen in a normal course of a game or business day.  A good goalkeeper is vocal.  They observe and recognize threats developing and direct their teammates into position to mitigate those threats.  They recognize opportunities and direct players into position for the counterattack.  They are students of the game who understand strategy, tactics and play development and communicate effectively to their teammates.

2. You Own It – Throughout my soccer career, when we gave up a goal, I often heard the rationale, “Well, it had to go past 10 other players before it got to you.” This is true –  you win as a team, you lose as a team.  But as a goalkeeper, “Goals Against” is next to your name in the box scores.  There’s no asterisks clarifying that your back was horribly out of position or your midfielder lost his man.  It’s black and white.  That stat defines your success or failure in a game, throughout a season and over a career.  You own it.   If you come up on the losing end, you shoulder the responsibility for goals given up.  As much as you may want to provide mitigating circumstances, you accept the loss and you move on.  That’s not to say you don’t have a conversation as a team in the locker room about where the breakdowns happened.  But being a good goalkeeper demands being a good leader and a good leader takes responsibility for failures and shares in the accolades.

3. Mental Discipline and Focus Separates Good from Great – When I was 9, I had a coach that would make you run a lap if he caught you with your arms crossed during practice. For many years, I thought it was a stupid rule and just a ploy to get us to run more.  But as I grew and developed as player and in later on in my career, I realized it had some merit.  When you address someone with their arms crossed, whether intentional or not, it communicates that you’re closed off, disengaged and disinterested in what’s going on.  I maintain that the position goalkeeper is equal parts mental and physical.  Staying engaged when the play in on the other half of the field for minutes on end requires mental stamina.  The moment you lose focus on what’s happening in front of you, mistakes happen.  When you’re the last line of defense, consequences are elevated.  In business, distractions are inevitable and maintaining focus is hard – especially with competing priorities.  Great business leaders have an innate ability to focus on what’s important and cast the distractions aside.

4. Short Memory is a Prerequisite – There’s an interesting dynamic being a goalkeeper – you start every game with the best you can hope for – a zero in the scorebook.  Your job is to do everything you can to make sure that number doesn’t change.  If that zero goes to a 1, or worse higher, there’s nothing you can do to make up for it.  The only thing you can do is keep the next one out of the net.  The worst part is, it’s really easy to let it gnaw at you if you let it.  When the play moves to the other end of the field and you are alone in the goal box with your thoughts it’s very easy to get in your own head.  I love the Ted Lassoism: “Goldfish are the happiest animal because they have the shortest memories.”  Great athletes and great business leaders focus on what’s in front of them, they don’t dwell on what’s in the past. They prepare for what’s coming next and they make sure they are in the right frame of mind to do their job.  Which leads me to the last one…

5. Being a Little Crazy Helps – A friend and fellow goalkeeper once shared this story with me: he was going to physical therapy and in the course of the initial consult, the therapist asked his athletic history.  When he replied that he was a soccer goaltender throughout college, she shook her head and replied, “Ooohhh….you’re not right in the head.”  There’s some truth to that.  It takes a special breed to be willing to dive head first at an opponent’s foot mid-shot or reach for a cross coming across the goal mouth unprotected knowing you’re going to get clobbered.  But sometimes in the course of a game and in business you have to take calculated risks and be willing to be sacrifice your well-being for the team, especially when the game is on the line.  This is not to say that being reckless is prudent; but if you’ve trained and you’re prepared,  you’ll know when to take risks and when to hold back.  And sometimes, you have to take a leap of faith and just be a little crazy.